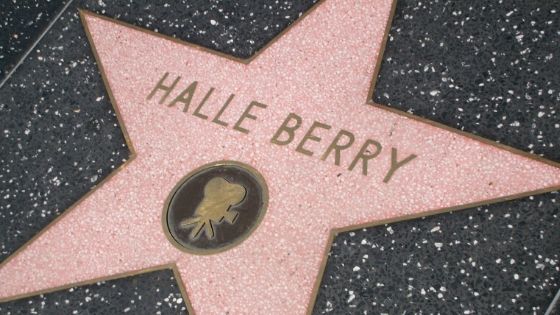 Halle Berry got her start in the late ’80s as a regular on “Living Dolls” and a guest spot on “Amen.” She went on to star in many successful movies, including the X-men franchise.

In 2004, Halle revealed that she had lost hearing in her right ear during a domestic incident. And she has worn a hearing aid ever since.

Just like the rest of us, celebrities wear hearing aids and have developed hearing loss for various reasons.

Holly played a woman who could not speak in the critically-acclaimed drama, The Piano. But in real life, the actress lost hearing in her left ear after a bad case of the mumps as a child.

Holly’s hearing aid has helped her stay active and independent. It also allowed her to pursue her dreams of becoming a star.

This Oscar-winning actress starred in the classic, The Color Purple, and memorably voiced a hyena in the original animated Lion King.  She was later a daily household figure on “The View.”

Whoopi developed low-frequency hearing loss when she was a child. So she struggles to hear and understand people who speak in a low tone of voice. Today, she wears a tiny, behind-the-ear hearing aid to listen to these frequencies more easily.

Huey Lewis is best known for his ’80s band Huey Lewis & The News, but he has been performing on the concert scene for most of his life.

A few years ago, in his late 60’s, Huey noticed that music didn’t sound the same. Human speech sounded normal, so he could understand people talking. Be he was struggling to stay on key.

He worked with an audiologist to identify the frequencies of hearing he had lost to customize a hearing aid. He admits that some days he hears better than others, but by using a hearing aid, Huey can stay engaged in an industry he loves.

By the age of 70, around 50% of people have significant age-related hearing loss. But Robert Redford was among the 50% who retained his excellent hearing as he approached 80. Then during the filming of a movie in 2013, the actor was repeatedly submerged in cold water while performing his own stunt.

After the shoot, he developed an ear infection that took 60% of his hearing. Robert got hearing aids and continued to work until his retirement in 2018.

These stories remind us that celebrities are just like us in many ways. They wear hearing aids. And they may have lost their hearing at all ages and for many reasons.

This also shows us that audiologists can customize hearing aids to address many types of hearing loss. Each hearing profile is unique. Some people struggle to enjoy music. Some have trouble with low-pitch or high-pitch voices. For some, hearing fluctuates.

As your audiologist, I can help you find the personalized hearing solution you need — but only if you come to see me. If you are struggling with hearing some things and not others, call to schedule an appointment for a hearing test and we’ll take care of it together!

Treating Hearing Loss Could Improve Your Memory
Scroll to top